I have the most entertaining pen pal ever. 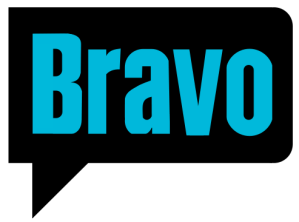 I think that BRAVO is the greatest TV channel out there.  They bring me such indulgences as:  Project Runway, Top Chef, the Millionaire Matchmaker and the Real Housewives of New York City.

I have to write about the Housewives because I’ve basically been live blogging with my friend Niki via facebook about these crazy bitches.  If you don’t watch this show, order the first season on DVD from Netflix and prepare to feel better about yourselves.  These bitches are NUTS! 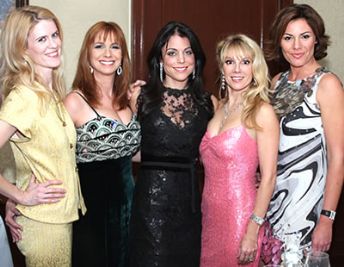 I won’t tell you everything, but there are 3 in particular that I love and love to hate.

First is Alex.  She’s this nutty woman who’s married to a completely metrosexual man who loves shopping more than Kim Kardashian.  She named her two little boys cheesy french names like Francoius and Jacque or some crap.  But get this:  She lives in Brooklyn.  Not that there’s anything wrong with that, but the rest of the girls on the show all live in gigantic houses in Manhattan with indoor pools and stuff.  Alex and her nasty kangaroo of a husband hang out in an inflatable pool in their backyard.  In Brooklyn.  But, they vacation in St. Barths, shop for Prada and make me throw up all in one scene. 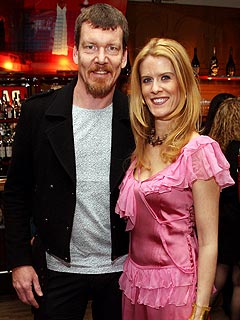 Okay, next is “the Countess.”  Yeah, there’s a woman on the show who actually refers to herself as that, and I want to shove her face into a pile of horse manure.  She’s writing a book on manners, but lady isn’t all that pleasant herself.  I would no sooner take advice from her than pay to see Hanson in concert.   Anyway, Luann Delesepes (I refuse to call her Countess) married some “Count” who appears to be twice her age and how holds this rich bitch title that she reminds people about continually.  Her nanny/housekeeper went on vacation for a month and she nearly died because she had to do laundry.  I hate her. 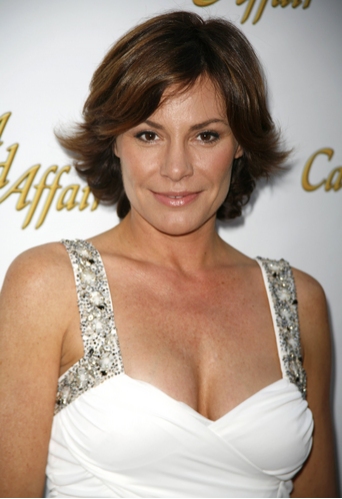 Okay, and lastly, onto some good stuff.  Bethany.  God love her.  She’s pretty much my favorite reason to watch this trashy TV show.  She has diarrhea of the mouth like nobody I’ve ever seen, and it’s always hysterical.  I wish BRAVO would just create “The Bethany Show.”  I’d DVR that in a hot second. 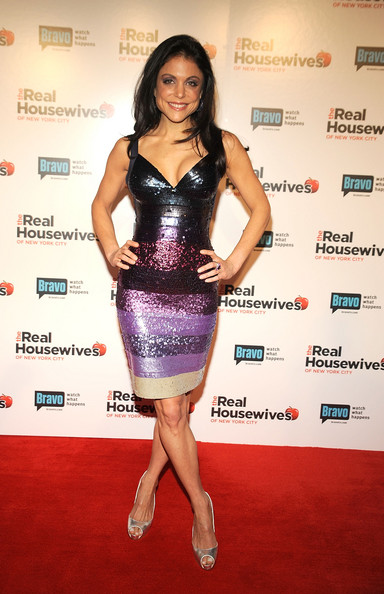 You know what’s really pathetic though?  The fact that I just blogged about these dumb women and the lives that they lead.  Truth be told, I’d hate to live the lives that all of them have (except Bethany with her bluntness and that body), yet I somehow find them ridiculously entertaining.  Perhaps it’s because their lives are SO over the top.  Or because there is SO much petty drama.  Or maybe it’s because I just need to get a life. 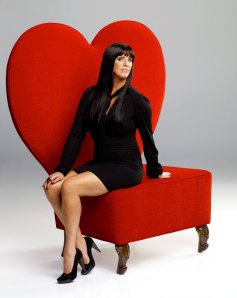 I confess I watch this stupid show on BRAVO called the Millionaire Matchmaker.  It’s about this lady named Patti (complete biatch) who claims to be a professional matchmaker.  She founded the “Millionaires Club” (read the requirements on the homepage…it’s hilarious)  which caters to only millionaires.  99% of her clients are males looking for arm candy.  They claim they’re looking for love, which they might be, but they’re also looking for the stereotypical barbie doll.

Here are some of my favorite quotes from the most recent episode from last night.  She was screening candidates for the mixer with her male client and was telling the girls how to appear at the mixer.  Seriously.  It’s almost laughable.

To a girl with really short hair: “If I allow you to the mixer, can you get hair extensions by tomorrow?”

To a girl in a long, flowy dress: “Get out of this hippy crap and put on a cocktail dress.  I want to see legs and stilletos.  Be a woman.”

To a girl who had average skin tone: “Go mystic tan.”

To a girl with a less than revealing top on: “Get a push up bra.  Let the girls out.”

To a girl with wavy hair: “Straighten your hair, you’re not on the farm anymore.”

I watch this shit and think to myself, “This is unreal.”  It’s completely superficial.  Why am I watching this crap?

Patti claims that it’s not her preferences she’s giving the girls, but it’s what the men request.  Seriously?  All men request fake tits, long, straight hair, mini dresses and stilletos?  I think I just threw up.

On last night’s episode, Patti had her first female millionairess.  But, unlike the girls selected for her male millionaire, the show didn’t show any of the rigorous coaching that the girls appeared to get for the male client.  There was no advice given to the men in regards of how they should dress, whether they should get a haircut, shave, etc…

Why are the girls the ones who need so much effing work?  Why can’t they be good enough as they are when they go to the screening?

Patti says it’s because the men pay to be in the “Millionaires Club,” and that they deserve the “A Group,” and not the “D Group.”

Put me in the D Group then.  I don’t know what kind of girl would want to be with a tool bag like these guys.  Shame, shame for not allowing the girls to be their authentic selves.

It’s a trashy show, I’ll admit it.  And honestly, I have yet to see one successful relationship from her matchmaking on the show.  It’s really getting on my nerves.

…I always feel the need to do things I’m tagged in.  Whether it’s blog posts, notes on facebook, surveys, etc…I feel like I’m compusivly self indulgent.  Is that healthy?  Eesh.  :)

The latest is a photography thing Shannon tagged me in.  I’m only doing it because the picture I found according to the tag is funny.

I’ve been tagged..& if you are reading this, you have been tagged too! Go to your 2nd photo album & choose your favorite random photo. Then type up an explanation of the one you picked! 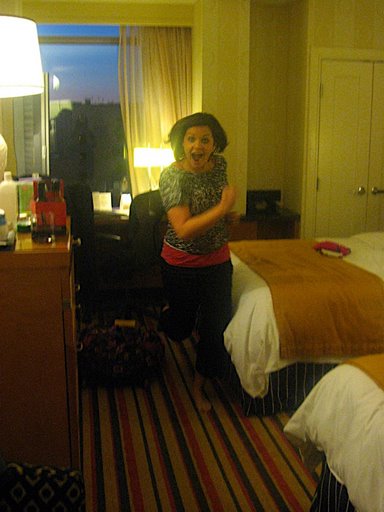 This is my cousin, Tracy.  Or, as I like to refer to her, “My Strawberry.”
This picture was taken last weekend when we did our little girly getaway in the District.  Literally, I took this picture 2 minutes after arriving in our hotel room as Tracy tore through the room in a fit of excitement.  Seriously, it was like she mixed Mountain Dew and Crack.  HYPER TIMES.
Anyway – I think this picture is adorable because it shows Tracy’s true pesonality of being fun loving, happy and excited by the smallest things.  :)