Chris had to work this weekend, so we split our anniversary celebration over the past two evenings.

Saturday night, we made filet mignon, crab cakes, scalloped potatoes and caesar salad.  I paired it with a 2004 Robert Mondavi Cabernet, while Chris stuck to his Miller Lite. 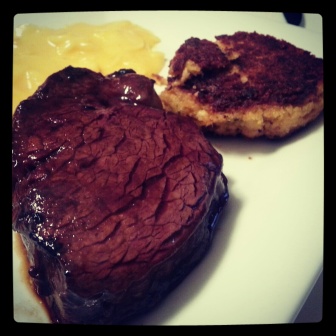 After dinner, we exchanged gifts of paper per tradition.  From me to him, the lyrics of “Everlong” by the Foo Fighters (one of our favorite bands and a song we played the acoustic version of during the seating of guests at our wedding), and one of our favorite lyrics from Mumford and Sons song, “Awake my Soul,” (also played at our wedding).  From him to me, a beautiful print of our dating anniversary, the date he proposed and our wedding date.  Loved it all.

I even wrapped Chris’ card in paper, which happened to be a copy of our ceremony, including our vows.

Tonight, when Chris got home, he one more paper surprise for me:  A newspaper with today’s date.  :)  We had our photographer take a picture of our rings on our wedding day, and Chris decided he wants to do that every year, so, we did.   Love it when he thinks like that!

And thennnnnnnnnnnn…..what we’ve been waiting for all year!!  Our anniversary cake!!

My mom actually surprised us by driving up near Baltimore to pick up the cake a few weeks ago.  The bakery we used was really small and they don’t ship cakes, so we were expecting not to have our anniversary cake (the baker doesn’t believe in freezing cakes, so she makes a complimentary cake at the one-year mark).  But, when we were in VA a few weeks ago, she had planned a trip to pick up the cake and surprise us, so we were ecstatic.  We froze it when we got back to NC, but when I thawed it yesterday, it held up great and was super tasty.

We’ve had a low key weekend, but it was awesome, and I’m thankful for this year, and I can’t wait to see what the next year brings us.

A year ago today, I was lucky enough to marry my best friend.  It was, and continues to be, the best day of my life. 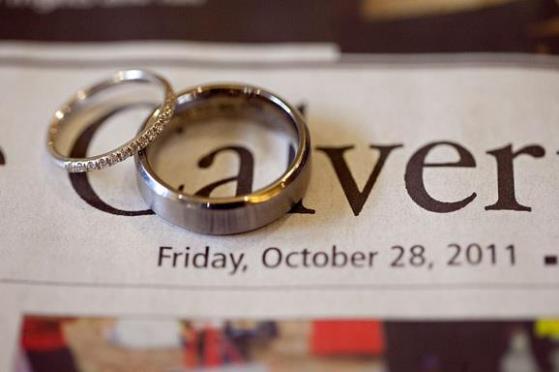 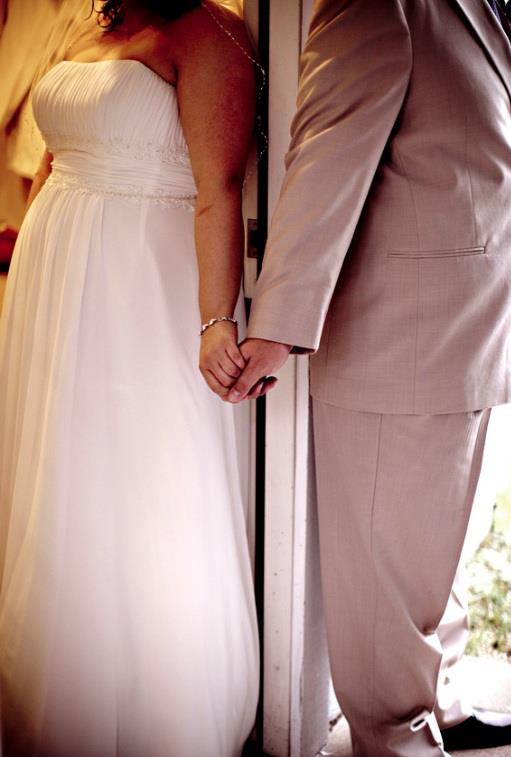 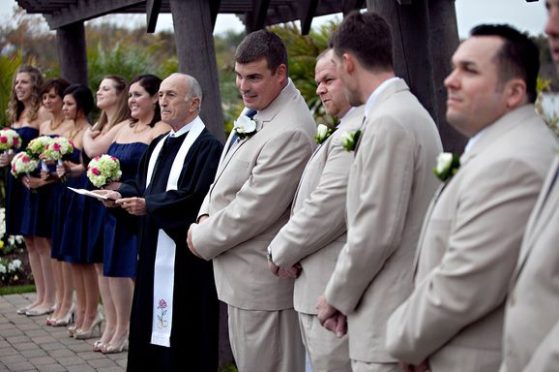 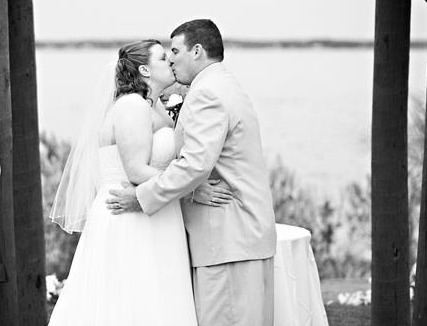 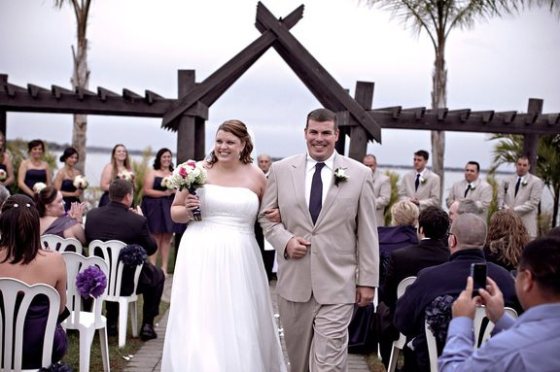 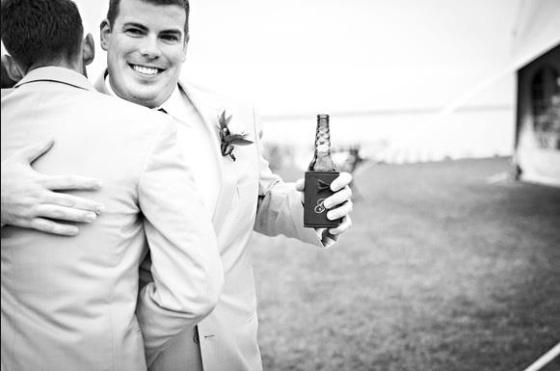 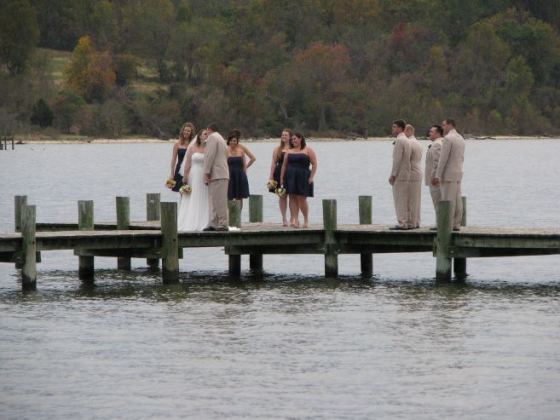 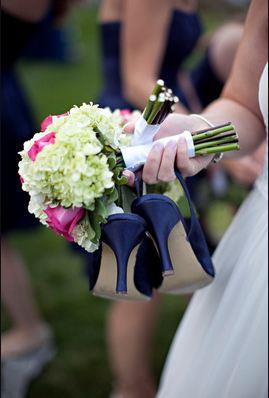 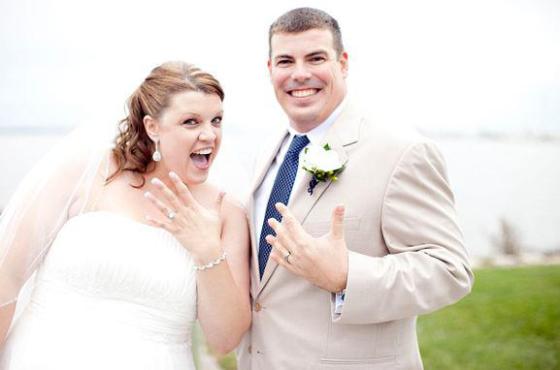 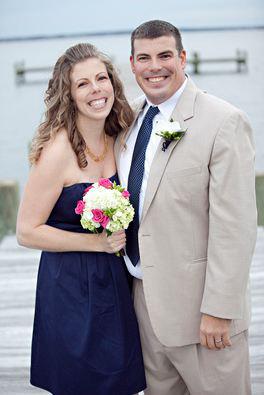 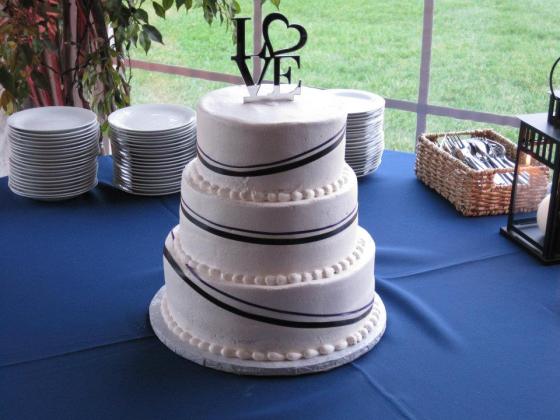 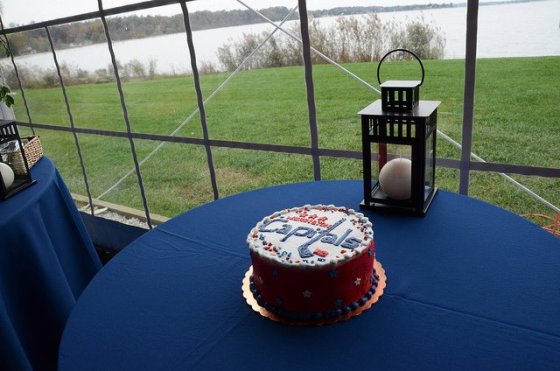 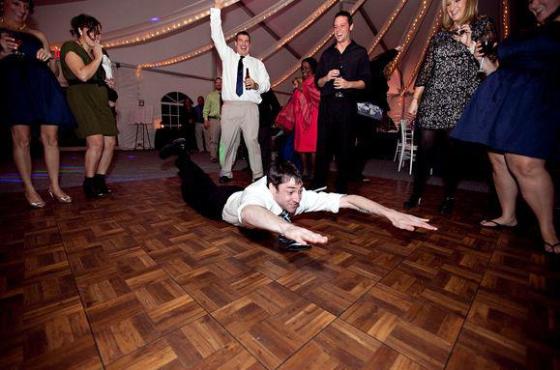 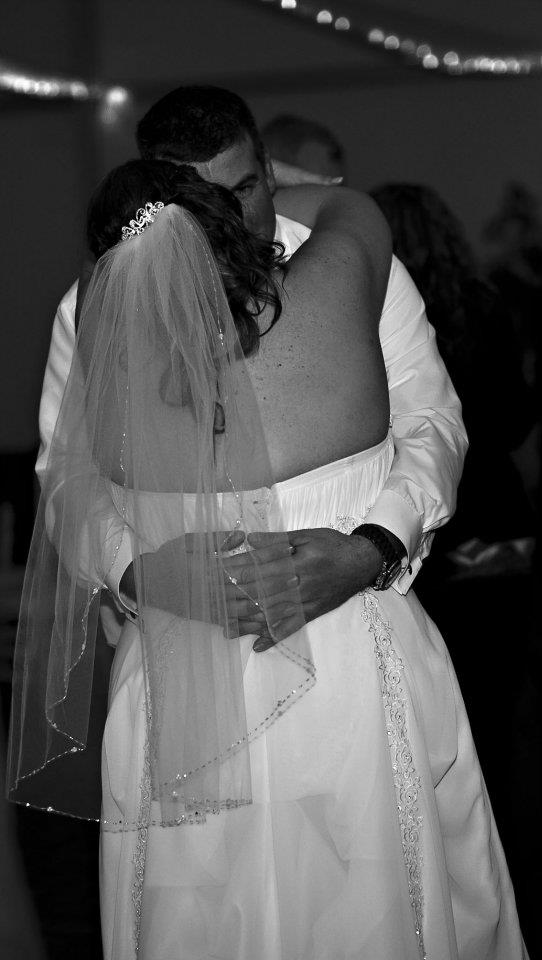 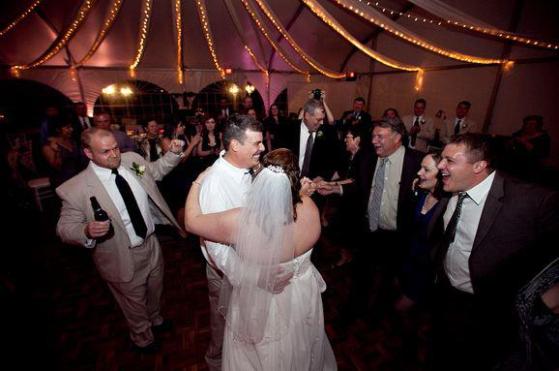 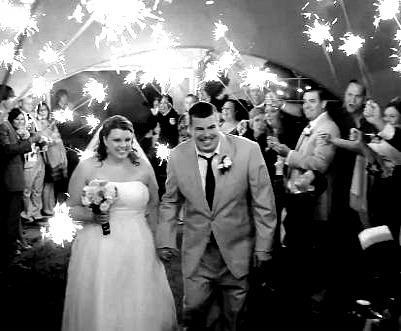 Shortly after Chris and I got married last year, we started talking about plans to celebrate our  first anniversary.  We started planning early because we wanted to go somewhere fun to commemorate the occasion because really, you only get one first anniversary.

We brainstormed a lot over the first few months.

…but I vetoed it because flying that far for just a weekend is too far. 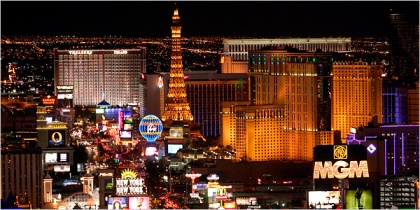 …but Chris vetoed it because  it’s just too expensive.

We mutually agreed that Chicago would be fantastic.  Non stop flights and beautiful weather?  Yes, please!  But then we both decided that when we go to Chicago, we want to go to Wrigley field (I’ve been, he hasn’t), so we scratched it. 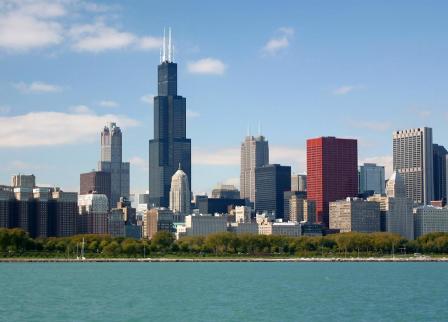 Then, we started talking about possibly going to the panhandle of Florida.  It’s a quick and easy flight from Raleigh, the beaches are stunning, the weather is warm, and it’s a good spot to relax.

We shelved our idea until our anniversary date got closer, but then, life got in the way.

When Chris had to have his original surgery at the beginning of August, we talked about scaling our plans back.  We knew the expense of the surgery would have an impact on our plans, so we thought of other ideas. 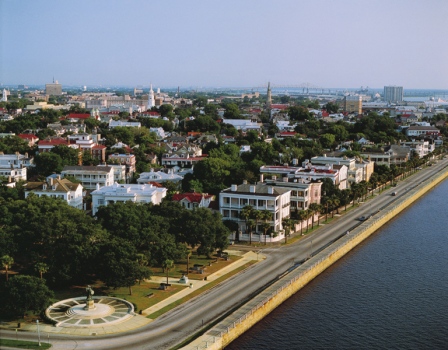 But, I vetoed it because I’ve been.

But, Chris vetoed it because he’s not interested in the mountains.

Just when we started to get serious about our plans, the middle of August arrived, and Chris had to have his emergency knee surgery, and everything went out the window.  On the day of his release, the hospital handed us a big, fat bill that was the equivalent of this pretty thing:

Oh, you think I’m kidding!  Hahahahahahahaha.  I’m not.  After battling it out with the insurance company, we were told they would only pay a whopping $600 of the balance.  You read that right.  It’s not a typo.   Hilarious, right?  I laugh because I don’t know what else to do.    I might start calling Chris, Rover, though.  Since he’s basically a Range Rover sitting on the couch.  I’m not going to lie, I’ve always wanted to have a Range Rover, so really, it’s win-win.  :)

So, anyway, you can see where this is going.  With the Range Rover in the room, we had to reevaluate our plans yet again.

We talked about taking the train to Charlotte (the train!  FUN!), but that added up quickly.  Then, we talked about staying a night at the Umstead here in town, but luxury is expensive.

Our anniversary is just over a month from now.  We’re undecided about what we’re doing, but I know it will be low-key.  We really wanted to do something exciting for this first one, but we just need to get over it and accept that it is what it is.  There will be more (we won’t get the first one back, but that’s okay) anniversaries to celebrate, and truthfully, as long as we’re together, that’s really all that matters.

What would you do if you were us?  Any suggestions for a celebration on a mega budget?

So with all of the stuff going on in our world, I sometimes have to remind myself to focus on the good.  We are at a turning point in all of this hell we’ve been going through, and I think we’re finally starting to see the proverbial light.

First of all, we got really great news at the infectious disease doctor yesterday.  We were really nervous since Chris’ labs were less than stellar last week, but doc was happy and his infection markers are dropping which means the antibiotics are working.  Hooray!  Good news!!  High fives and fist bumps all around (really, that happened in the office) The plan is to continue the IV antibiotics for another month because they’re treating it as if the infection got into the bone, soooo, the bummer is that the IV has to continue (whatever, we prepared ourselves for six weeks, but I was secretly hoping it would be removed sooner), BUT, the good news is that the IV is going to be removed in about four weeks.

Also, physical therapy is working and the strength in Chris’ knee is slowly but surely coming back.  Thank the lords.  I’m super optimistic that all will be back to normal by the end of September/beginning of October and this will ultimately be a blip on the radar in our lives.

Sooooooooooo, if all goes as planned, this will all shake out just in time for our first anniversary.  :)  I’m not quite sure what we’re going to be doing yet, but I do have a few things in mind.  We were hoping to take a trip to celebrate our first anniversary, but with everything that has happened, I think we’ll end up staying local and do something low-key but still special.  I’ve also started thinking about the one year gift, sticking with the traditional gift of paper, and I have a few good ideas that I hope pan out.  Just another thing to look forward to!

In the coming months, we have friends coming to visit, and at some point, we’ll take some trips back home to Virginia (we haven’t been since May!), and then, soon enough, the holidays will be here!  I can’t wait because Labor day til January is my most favorite time of the year.

So really, through all of the bad that we’ve gone through in the past month or two, we really do have a lot to look forward to in the coming months.  We’re on the up and up and there is a lot of good as we make our way out of the bad.