This weekend marks our first trip back to Virginia since moving two months ago, and time has seriously flown.  We decided earlier in the week that we’d make a last minute trip home to take care of a few things and for Chris to go to the Caps game since it was finally on a weekend, and I’m glad we visited.

We got in around midnight on Friday, and I made some last minute plans to see some of my favs this morning while Chris was going to the Caps game.  I got incredibly lucky that my friend Emily was in town from LA and was able to have an awesome morning with her and our other friend, Tiff.  What was supposed to be a quick 30-minute coffee visit quickly turned into a two-hour visit and it was awesome.  I told Em that I swore the last time I saw her was at our friend Shannon’s wedding, (2009!)  but she said that couldn’t be right, yet neither of us could think of a more recent time.  Either way, so, so, so happy I got to spend time with some old friends because it was a great way to start the day. 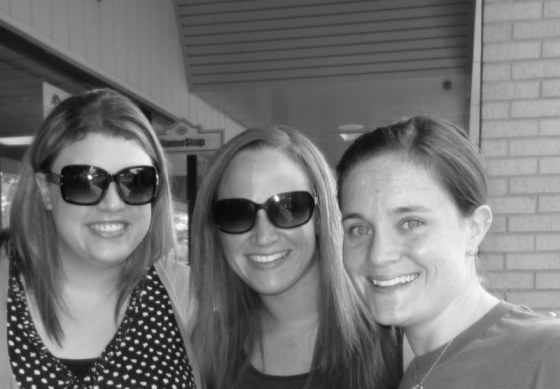 After breakfast, I headed over to meet another one of my BFF’s, Kirsten, to get pedicures.   It was so great to catch up in person.  Even though we talk on an almost daily basis, it was just so good to see her smiling face and talk about life and get pedicures and go shopping.  Makes me happy.  :)

After a few hours with Kirs, I headed back to my parents house to watch the Caps game (they won, whoo hoo), and eventually Chris and his parents made their way over to my parents place.

There were board games: 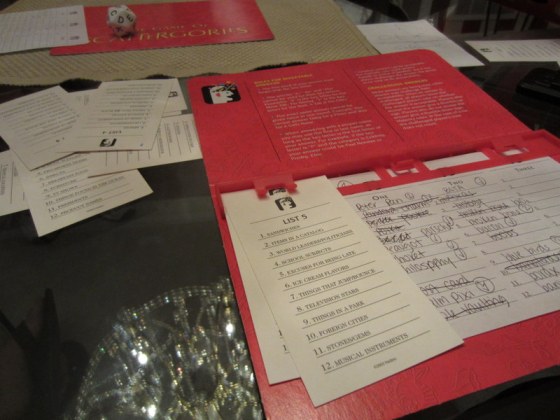 Oh, and I surprised Chris with an RGIII t-shirt.  Kind of a big deal in these parts right now.

We capped our night off with a view of the super moon (this picture sucks and does it zero justice) which was pretty rad.

We’re packing up and leaving tomorrow morning after breakfast to give ourselves some time to enjoy the afternoon in Raleigh before prepping for the work week.  Time flies, y’all.

If you live in DC, or have ever visited, go here.

50 People You Wish You Knew in Real Life

If you are a human being, go here.

Here are 13 Steps to Get Through a Rough Day

I haven’t even seen Star Wars, but this is funny

These people will kill you in Draw Something

Seriously, who creates a spreadsheet for their dating life?

So, we’re moving.  In 10 days, actually.  I’m going to try to spare you the boring details, but we’re pretty psyched about the move in general.  When we bought our house in the DC metro area a year ago, we didn’t think we’d be moving for at least five years, but guess what, life happens, and sometimes we’re presented with really epic opportunities that we’d be insane to turn down, so guess what?!  We’re freaking moving and its fabulous and exciting!

Our little innocent trip to Raleigh for a hockey game quickly spiraled into a new outlook on life, and we flirted with the idea of living in place with a slower pace of life, less traffic and higher quality of living.  DC is a great place, honestly, it is, but it’s also a hard place to live (especially if you’re not tied to a government job).

Long story short, life is happening fast.  Our flirtation turned into a very real reality when I was offered basically the opportunity of a lifetime, and now we’re on the verge of peacing out.  Was it an easy decision to make?  Not really.  Things happened so quickly that we literally had to make lists and spreadsheets and flow charts and pie graphs  (just kidding about those last two things) to figure out the best decision for us.  Ultimately it came down to an amazing chance for me professionally, a better cost of living, less traffic and the option to build a new and exciting new chapter in our lives.

I’m so excited to share this with Chris.  I’ve lived in Raleigh before, but Chris hasn’t, so it will definitely be an experience for a DC kid like him.  So far, he’s had nothing but good impressions of the city and people, so that makes me happy.  :)  I think it’s going to be great fun getting to know the city together and exploring a new place in our new marriage.

We’ve received so much support and encouragement since we decided to move, too.  It’s so nice to hear people really encourage us to do what’s right for us, even if it means they’re sad to see us go.  When we tell friends, family, coworkers, their response is generally “I’ve heard great things!” or “Ohhhh, I love it there!” or “I wish I could move down there!” or “That’s so exciting!!”   So awesome.  There’s just something so heart warming about hearing the great things that people have to say in support of us.   To be given the opportunity we’ve been given is rare and it’s awesome to get this kind of chance. 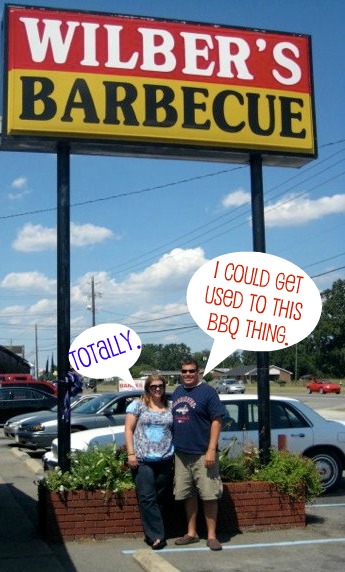 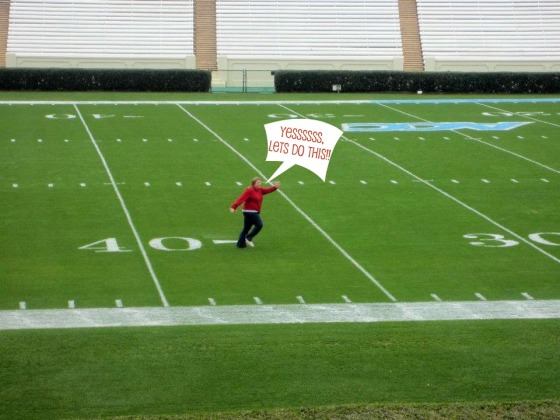 We’re excited, you guys.   This is big, and a gamble, and a lot of other adjectives…I’m so grateful to have Chris by my side as we embark on this new adventure, together. 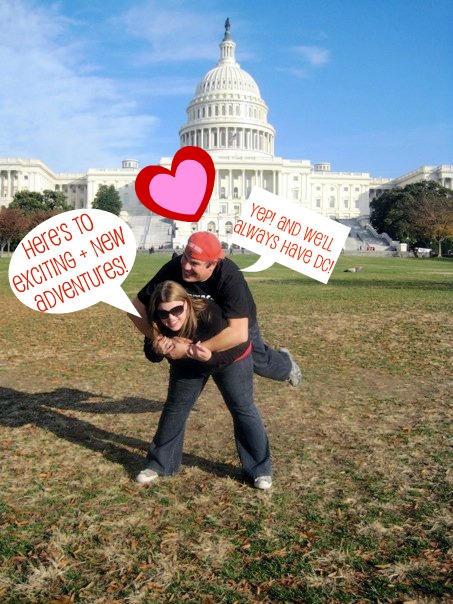 For our engagement pictures, we really wanted to capture the city of Washington, DC since that’s where we consider to be “home.”  Sure, we don’t live in the city, but we still call the area home.  Since we were having the wedding on the Chesapeake Bay, we wanted DC somehow incorporated, and I think our photographer did a great job.

We spent a few hours on the National Mall taking advantage of the beautiful architechture, we jumped on the metro, walked around Georgetown, and even went back to the Verizon Center where we had our first date.  So fun. 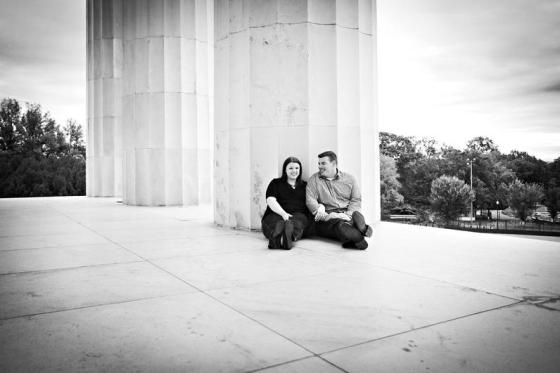 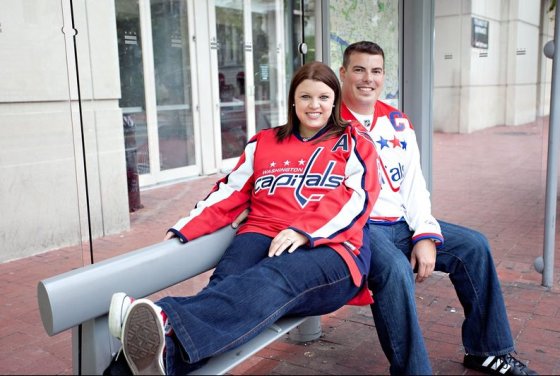 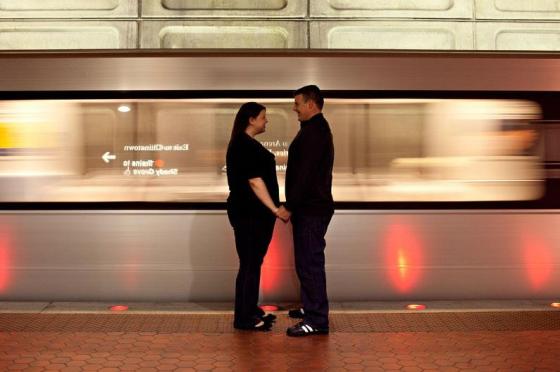 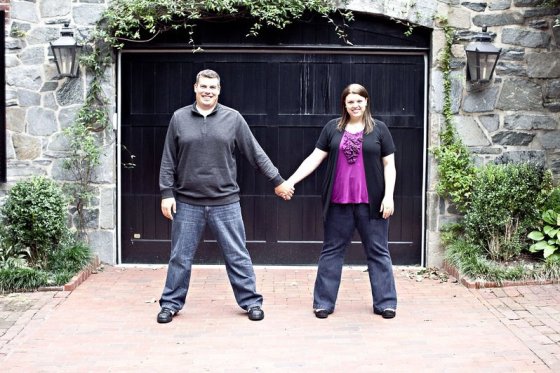